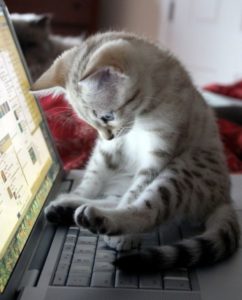 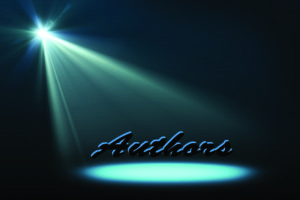 Hello and welcome to a new feature here. Author to Author. I’ll be introducing you to some of the fabulous author’s I’ve met in my writing adventures.

RA has lived in five different countries (include the US – several states in fact). She’s lived in sky scrapers and in villages without running water. She’s even been the village crazy lady just for having a conversation with a horse. So it shouldn’t come as any surprise that she’s a flexible and creative author.

Your series A Kiowa in Love is about a Native American Orphan. Did you come across any specific challenges in writing from this perspective?
Info dumping a different culture and thought processes while also being respectful of a disappearing way of life. My characters are torn between their cultural roots and modern society. Respect has to be shown for ideas and their heritage even if the characters don’t show it.
What would you do differently the next time? I wouldn’t chose a specific tribe. My main character is adopted by a Kiowa mother and learns her traditions. I think I would make him an orphan for his whole life, that way I could have him learn different heritages and not worry about someone taking offense.

Yes, sometimes being too specific can be a problem. So, do you work to an outline or plot or do you prefer just see where an idea takes you?
I use a mental outline and plot then see where it moves me. Sometimes I’ll write the beginning and the end, then fill in the middle to get from A to Z.

Then once you have the book finished, you have to publish it. How are you publishing this book and why? (*e.g. Indie, traditional or both)
I went with Indie publishing. The other books in the series were already self-published so I had to follow suit. I wish now that I had waited until at least the first three were done and publish them at the same time. But, I have no patience. 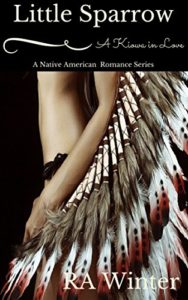 Right, patience is a thing. Do you have any amusing story about marketing books that happened to you?
Amusing? No. Horrifying? Yes. When I was writing my second book, I had to change one word in my first book. My MC had lost an arm in Afghanistan and in the first book it was his left, but in the second book, I needed it to be his right hand. So, I opened my doc, changed left to right. Then noticed that I had a lot of manuscript copies on my harddrive. So I deleted all of them then uploaded the book. Two weeks later, I figured out that I had changed a pre-proofread draft and deleted all of my good copies! I was horrified! It took weeks to rewrite my first book. I still apologies for that today and it hurt me as a writer.

One last thing. Is being a writer a gift or a curse?
Depends on your personality and life situation. I’m an insomniac and even when I can sleep, I find myself puttering away on the computer until my eyes blur. I often find myself going over my plot to the point of distraction. I can’t rest when I have a story to tell.

RA Winter, began her writing career under her married name, writing genealogy books. However, her love for reading romance novels intruded in on her daily activities. She started writing “Little 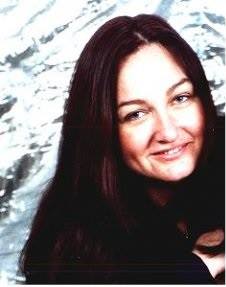 Sparrow” and fell in love with her characters and is writing many more books in the Romantic Western series, “A Kiowa in Love”. Each one of Grandfather’s grandchildren will have their story told, as will Grandfather himself.
RA spent many years traveling the world and has lived in many different countries. Turkey, Egypt, Germany, and Jordan, have all been called “home” at one time or another. She’s even been employed as a Federal Agent. Now you can find her quietly living in Pittsburgh, Pa, with her husband, writing her next novel about Grandfather and Lilly, a lively story where Lilly’s dead husband’s ghost haunts her, tormenting her at every glance.
FYI… Dingle eats him in the second chapter but can’t keep him down, or out of the spaghetti sauce. Paranormal humor at its best; romance stilted by two opposing forces. An Italian ghost and a Native American spirit come head to head. Who will win? Due out in 2017.